Well, having informally hiatus'd for almost two years now, I probably should start a new blog--I am so lost in writing short fiction, long fiction, poetry though currently I have put reviewing lately on the back-burner, it's a lovely thing to do but it does take time and in between dashing with my lovely 7-year-old Sophie to piano classes and gym classes and soccer practice and soccer games and school potlucks I am lucky to get my week's reading in let alone writing. 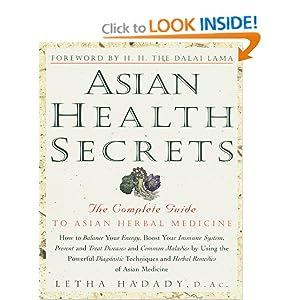 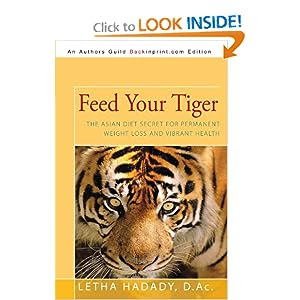 Not to mention becoming interested in herbalism, fitness, and health--I am currently reading Feed Your Tiger by Letha Hadady, and Asian Health Secrets (her book too) and planning to live on green tea and apples and mushrooms and seaweed--these are incredible books, full of amazing information on Chinese and Ayurvedic herbs, homeopathy, nutrition, cleansing.

There's Susun Weed too, for her assured and compendious knowledge of native American and European and other herbs. If you have the slightest hint of a weight issue or a hormone balance issue or an age issue or really a health issue of any kind, read their books--really illuminating and life-changing. 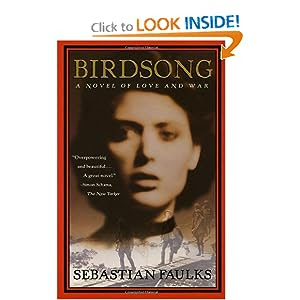 I am also reading Birdsong, by Sebastian Faulks--dreamily, in snatches, on the treadmill (maybe that's why I haven't finished it yet), week after week. It's a lovely, wrenching, amazing book. What's a bit shocking about it is that he apparently wrote it in 4 months. We're talking about a book that seems to have been written after a great deal of research on the war. His capacity for perceptive and credible description, page after page, stops me in my tracks. The movie--or rather, television serial from BBC I think--is on PBS, or at least it was when I watched it in the spring--and is wrenching in itself, but the book is of course always so much more of an immersion. Ravishing in places.

Set mostly around the time of the Great War (First World War) it follows the story of a young English man who is working in France and falling in lust and love with his employer's wife and then enduring various vicissitudes which propel him into signing up for the military which of course opens up new vistas of vicissitudes and almost leads to perdition but not quite, being our sensitive though occasionally frozen protagonist he survives the war and survives the trauma of personal loss, and lives to leave legacies behind for a future progenitor to find.

I have to marvel at what an omniscient narrator can do--the story seems to lurch from third-person limited inside a few of the characters' heads to third-person omniscient, rather casually, on and off, and I can't decide currently if it comes across as too facile or just an odd authorial quirk which establishes a particular kind of narrative authority. Some of the writing seems a little too blunt and hard-fisted, words for words' sake, to establish whatever it is they are establishing--narrative, or character, or setting--and the voice and POV go with that hardness, announcing rather than painting in, but elsewhere there's fluidity in action and image, it's eerily enterable.

There are other books I'm reading, too many at one time!--but maybe I'll spare the world for now and refrain from listing them. I think I want to do something a little different with this blog. I admire writer blogs that are simply personal and open and candid and opinioned, I learn from writer blogs that offer so much on writing. I crave the inspiring and community of listening to and speaking with other writers. And while I have played with the idea of starting a literary journal online, I think currently what I have the time for is a much more casual and candid blog, where I can throw in lovely writing things I find online, maybe on a weekly basis--things that enlighten or inspire or support and sustain or extend one's writing self. God knows we could all do with some inspiring. (Not to mention sustaining...) 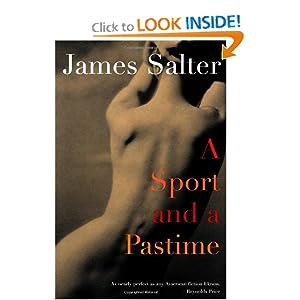 So here's one gem, from The Common's website, a tiny video featuring James Salter's travelogue--what some would say his erotic--novel: a long time ago, when I read A Sport and a Pastime, I think it was purely for the language, wanting to drown in that exquisitely lyric prose, but maybe it was also for France, traveling in a dream through France with his (sometimes inexplicable) characters--he talks here about the book--and oh look, another Olympic writer, he wrote this one in 3 months!--and being young and being in France, post-war.  Interesting post by Paul Yoon too, on his reading of that book.  James Salter at The Common

And because I adore the Paris Review interviews, here's their conversation with James Salter. "Hope but not enthusiasm is the proper state for the writer.” And: "I’m not the first person who feels that it’s the writer’s true occupation to travel. In a certain sense, a writer is an exile, an outsider, always reporting on things, and it is part of his life to keep on the move. Travel is natural."And: "It seems to me that when you read, what you are really listening for is the voice of the writer. That’s more important than anything else." And so much more--

And if you crave more James Salter or you're in love with language--read his books! his prose is unmatchable--here's the New York Times' extended feature.