Mountain Rose Herbs are the ones who, through their email newsletter, apprised me of Rosemary Gladstar's lovely new video series where she talks about herbs and herbal remedies from her garden retreat in Vermont. I should probably note I am not in any way affiliated with anyone mentioned, I just love their ethos and their practice. In her recent videos Rosemary Gladstar talks about herbalism as an art and a practice, and in this latest one where she walks you through her Vermont summer garden brimming with yarrow and goldenrod and burdock and evening primrose, she talks of solar energy and how plants harness the immense energy of the sun so when we consume them we are consuming "pre-digested sunlight" -- isn't that the truth. 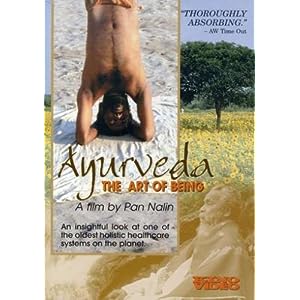 I recently watched a video on Ayurveda--Ayurveda: The Art of Being--where one of the practitioners explained Ayurveda as seeing all plant and animal creation as part of the same whole, so that the Ayurvedic herbalist or healer is mere conduit between the part in need of healing/the deficiency in one and the part offering the healing/the bounty in the other. Isn't that interesting?


One of the books on my bedtime shelf lately is Rosemary Gladstar's Medicinal Herbs, which is an introduction or beginner's guide to herbs you can grow in your garden and use for all sorts of things, including colds and flus and infections and cleansing and vivifying. She also takes you step by step through the processes of creating tinctures and salves and infusions and teas. Being the unfortunate kind of reader who craves pictures this book is perfect for me, with its glossy photos of plants and plant remedies and golden honeys in bottles. I am dipping in to read, one plant at a time.

Among the herbs she mentions, in our own tentative, newly-dug New England garden this blazing, cooling October is: calendula, oregano, rosemary, wild plantain, straggly purslane, lavender.

Regarding books: I had thought I might have finished something this week--I am reading Duo Duo's Snow Plain, a collection of short stories by a modern Chinese poet, and dipping into Isaac Babel's Collected Stories--the combination of reading these two together makes for a surfeit of surrealism, at least, the stories I have read so far, of a frozen woman in a cabin of snow, and a man-angel with wings made of infant's sighs, no less--and re-reading the separate beauties of Winter Stars by Larry Levis and Adrienne Rich's An Atlas of the Difficult World, and Linda Gregg's Chosen by the Lion--this poetry that I love takes me back to those long-past MFA days, for better and for worse...you know you have grown older when you find yourself writing fiction out of studying poetry, once, a lifetime ago, or perhaps more--

And, in other news, Stephen Colbert's own take on same--reviewing one's own book, now why didn't I think of this earlier! Thanks to Grub Daily for that one.

I didn't realize I was becoming a news-pointer, but apparently, in absence of my own reviews that is what is happening around here--so until next week, sayonara, and I'll plan to Actually review, next week!

Posted by Ramola D at 8:08 PM No comments: Links to this post

A story Matter of a Few Hours appears this week in Kweli Journal, which has recently become a quarterly. Earlier this year in March Kweli published three poems I have read often at readings in DC, but just never placed. I am so admiring of Kweli, because it is diverse, it is unafraid, and it is run by thoughtful, visionary artists, like Laura Pegram. I'm very pleased to have a story appear in such stellar company, with socially aware poets and fiction writers. Kweli is Swahili for Truth--and they are one of the rarer journals in the literary landscape, they seek to publish work that reflects the reality and diversity of America, not the unreal sameness courted by many, many others.

This spring too, Greensboro Review published a poem, Marking the Fields, on a subject I have spent years avoiding writing about, and I'm thrilled to report that Christine Lee Zilka of Kartika Review has accepted a story, Princess America, due out this fall. I feel especially honored to be included among other Asian-American writers, and, as with Kweli, with Asian-American and Latin-American and African-American writers as well.


Natural Herbal Health and Nutrition for Writers (and anyone else)


Vaguely, at the back of my mind, is a small and growing desire to become better versed in herbalism. Having spent a life being infatuated with plants of all kinds, and more than a decade pursuing TCM and Ayurveda and native American and European herbs, it is not after all a too-large leap to want to spread what I learn of the natural powers and holistic healing of plants. I love what many herbalists--Susun Weed, Rosemary Gladstar--call plants that heal us: our plant allies. I have become such a fan of herbs of all kinds lately I am thinking of pursuing the study of herbs in a more formal way. I guess I need to research first what herbalist courses are out there and where and who to study with, etc. Meanwhile I thought I'd offer any visiting writer a little herbal gem borrowed from my reading for the week, and I'll start with Nettle Tea, from Susun Weed.

If you're experiencing a flagging of energy by midday or mid-afternoon, if you feel at times separated from your once-alive burning drive and the ambition and energy you might have experienced in your teens and twenties, if you'd like to wake up every day with renewed vigor and vitality, if you need stamina and energy to finish your work on a daily basis, look to the lowly herb, the stinging nettle. There are many stories about this herb, and many herbalists rave about "her" powers, her multi-vitamin content, her mineral content, and her vitalizing effects on the adrenal glands and kidneys--nettle is not a stimulant like ginseng or ephedra but a slow and reliant infuser of energy and stamina.

For more, read herbalist Corinna Wood's article in Susun Weed's newsletter, and Susun's own words on the herb, and another informative article by Susun which tell you more and offer various recipes for herbal teas, infusions, vinegars you can make with nettle--and carry some amazing stories and testimonials from new drinkers of nettle. You can find nettle tea in your health food store or order it online from any herbal place (I use Mountain Rose Herbs). I tried it on Susun Weed's recommendation, and I have to say I did not experience its effects as slow.  I drank 2-3 cups a day of nettle infusion, made the way she recommends, for a week, and felt my energy literally go through the roof--I simply don't flag anymore midday and I seem to have found enormous founts of mental and psychic energy to finish all the writing projects I am halfway through and have often dithered in self-doubt about. No side-effects, no energy drops as in caffeine, no sleep disruptions.

Seriously, it works. If you try the teabags, 2-3 cups a day of nettle tea--let it steep a few extra minutes--work just as well. It's like a mild green tea that way. But the infusion, boy, you can see and smell and taste the minerals. The infusion made and kept overnight turns almost black by morning. Very strange to me first time I saw it, but the longer it is kept steeped, it also releases a deep, blossomy kind of fragrance and taste. May not last beyond 36 hours though, you may want to refrigerate it after it is made.

I'm on a quest to drop pills and capsules of vitamins, and I like the boost of nutrients in nettle infusion. For vitamin and mineral content, please see Susun and Corinne's articles.


This poem from Muriel Rukeyser, poet scientist, social activist, feminist is on the Poetry Foundation website--oddly evocative of our time although written before cell phones, iPhones and Droids, the Net--in 1968:

I lived in the first century of world wars.
Most mornings I would be more or less insane,
The newspapers would arrive with their careless stories,
The news would pour out of various devices
Interrupted by attempts to sell products to the unseen.
I would call my friends on other devices;
They would be more or less mad for similar reasons.
Slowly I would get to pen and paper,
Make my poems for others unseen and unborn.
(rest of poem here)

I have read her work before to teach it but I want to read more of her work this fall merely to read it--like Denise Levertov, she wrote out of passion and conviction, she opposed war and stood up against it--to read of her and other poets who marched against the Vietnam War and spoke out against it makes one wonder: where are the marches against these wars in Afghanistan and Iraq now?--I marched with 2 or 3 in the early years. What happened to the anti-war marches? Why was war not really mentioned in that first Presidential debate? Why are we reading no news about it except in the alternative media?  Has America accepted war, or is America wallowing in information blackout by the everyday media?

I looked up The World Can't Wait, and apparently there have been protests in front of the UN this week and there are actually marches this weekend, in Chicago, New York, San Francisco.  It's worth reprinting Debra Sweet's preface: "Obama expanded the U.S. war on the people of Afghanistan begun 11 years ago by the Bush regime, now the longest war in U.S. history. The U.S. occupation is fought not only with  military personnel, and mercenaries for hire, but increasingly by Special Forces and unmanned drones.

"The U.S. continues to imprison and indefinitely detain people without charges, conducting night house raids that terrorize innocent people, and conditions leave women worse off than when the U.S. invaded.

"This war MUST end now, not in 2024, a date arrived at by Obama and Karzai, and not on an obscure date in the future!"

Amen to that. Please march if you're in those cities and can do it!
Posted by Ramola D at 9:45 PM No comments: Links to this post